Monday
Right away you notice that Lima stays clean-at least in the upscale Miraflores neighborhood. In the morning sidewalks are wet, although it almost never rains

here. Perhaps street cleaners come and spray. No garbage, no dog poop, nothing compromises the sidewalks or streets. The cleaners wear blue pants, hats and masks with grey jackets, sweeping up all day. Ana laughs at this. Yes, they get paid and the streets are clean but the jobs come from the mayor who expects votes in return, Chicago style. And she asks, “Why can’t they clean at night when they don’t interfere with traffic?”

No sniffs of marijuana anywhere. Against the law, so done in private, obtaining the pot from Columbia. Ana describes the border and backroads as active but you don’t see it in public. In fact, very few people smoke on the street-or eat while walking. Private (brown uniforms) guards, transit and traffic police (yellow uniforms) line the main streets which are clogged with buses of all sorts; people jump on vans, city buses, small collector buses that charge a going rate. For these a man jumps off at stops and calls for people to ride. Yet, with the police presence, the crowded lines remain orderly. On the freeway, the two middle lanes allow only buses. 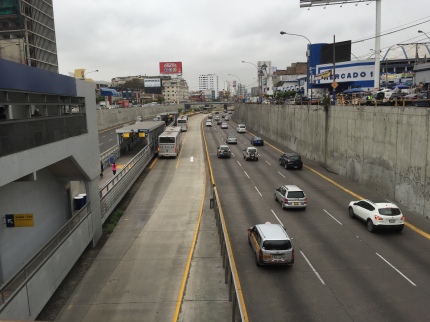 Drivers own the roads. Zebras appear to be points where drivers rush to beat a crossing human. You can wait forever if there is not stoplight. Best to stand “up traffic,” using an experienced local as a shield and guide. It’s a game of chicken and it seems most times the cars win. One wonders if the drivers ever walk. 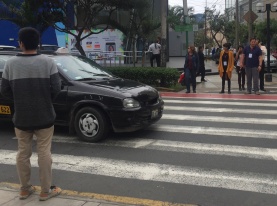 Like a horse with blinders they race forward, pretending they have no peripheral vision. You step off the curb and might as well be invisible.

A multicultural jumbo attends Ecela. Spanish becomes the universal language although most learners speak at least some English. All ages but more than half are in their twenties. Women from Holland, Colorado, Russia and Germany. Men from Toronto, Tucson, Belgium and Brazil. The instructors appear to love their jobs, working hard and kindly to help us learn. The program includes grammatical, conversational and private lessons. And homework. Intensive and fun.

Ana provides further language correction. We all dine together for breakfast and dinner. Nothing special; bread, cheese and hot chocolate for breakfast (I bought fruit, avocados and cheese for lunches 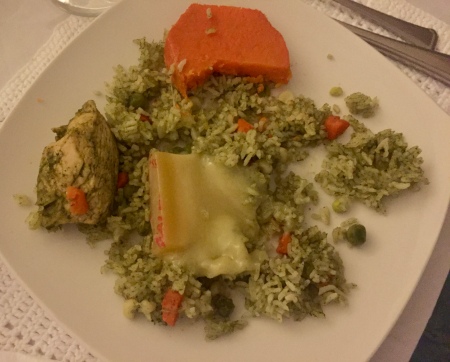 ). Dinner consists of salad, white rice or quinoa, noodles or potatoes and a meat or chicken stew. Ana has a cook who comes in the mornings and prepares food in pots on counter top burners. The apartment has no oven or cooktop. She won’t win awards for culinary skills but her personality gets kudos.

No one can drink tap waterI stocked up on bottled water as Ana does not provide “aqua”. School has a water stand and instructs us not to drink tap water.

And every toilet bears a sign to put paper in the wastebasket, not in the toilet. Signs also 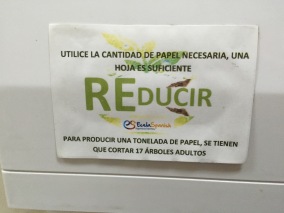 remind us about how many trees it takes to make paper so be frugal with its use. Last night the city shut off electricity in my neighborhood for repair work. Not really a problem except that no hot water ran in the morning so had a quickie, brutally cold shower-something I love so much.